Oh, that men would give thanks to the Lord for His goodness, and for His wonderful works to the children of men!
—Psalm 107:8

In the Old Testament, we find an interesting story of how King Jehoshaphat took an uncommon approach when his enemies waged war against him. Instead of sending in his army first, he sent the choir and musicians.

Imagine the scene: “All right, guys, here’s the plan today. An army is out there, armed to the teeth. So we are sending in the choir and the musicians.” If I had been a choir member or musician, I might have wondered whether the king liked our music.

But God had directed Jehoshaphat in this unusual battle tactic. We read that Jehoshaphat appointed people to sing to the Lord, praise the beauty of holiness, and go out in front of the army saying, “Praise the Lord, for His mercy endures forever” (2 Chronicles 20:21).

So that is exactly what they did. The Bible tells us that when they began to sing and praise, God sent an ambush against the enemy, and they were destroyed. God’s people were able to go into this situation giving thanks, because He was in control.

In approaching God to ask for new blessings, we should never forget to thank Him for the blessings He has already given.

Have you recently come to God for help and He came through for you? Did you come back to say “thank you”?

If we would stop and think how many of the prayers we have offered to God have been answered and how seldom we come back to God to thank Him, it just might amaze us. We should be just as deliberate in giving thanks to God as we are in asking for His help.

We would love to hear any ideas you and your family have for keeping the focus on Jesus during what is (for many) the busiest time of the year! The calendar for November and December can fill up fast with special times and extra demands, and even the best intentions to make this season all about the birth of the Savior are met with challenges.

If you have any ideas or tips from past experience that have helped you and your family keep and celebrate the One who is the reason for the season, please leave them in the comments below.

We look forward to hearing from you and if you would like to receive our free Ready for Christmas resource, click here and enter the coupon code READY. 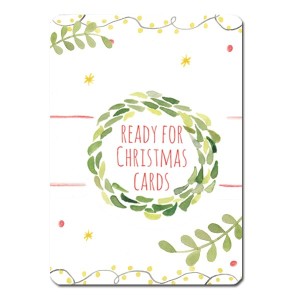