National Day of Prayer is Thursday, May 7. Make plans to be part of this important opportunity to pray for our nation.

The National Day of Prayer is an annual observance held on the first Thursday of May, inviting people of all faiths to pray for the nation. It was created in 1952 by a joint resolution of the United States Congress, and signed into law by President Harry S. Truman. Its foundation represents a Judeo-Christian expression of the national observance, based on our understanding that this country was birthed in prayer and in reverence for the God of the Bible.

The National Day of Prayer has great significance for us as a nation as it enables us to recall and to teach the way in which our founding fathers sought the wisdom of God when faced with critical decisions. It stands as a call for us to humbly come before God, seeking His guidance for our leaders and His grace upon us as a people.

Every year, local, state, and federal observances were held from sunrise in Maine to sunset in Hawaii, uniting Americans from all socio-economic, political and ethnic backgrounds in prayer for our nation. It is estimated that over two million people attended more than 30,000 observances—organized by approximately 40,000 volunteers. At state capitols, county courthouses, on the steps of city halls, and in schools, businesses, churches and homes, people stopped their activities and gathered for prayer.

If your local church is not hosting this event and you want to know of the nearest location to participate, please go to nationaldayofprayer.org.

“True prayer is not overcoming God’s reluctance, but taking hold of His willingness.” —Greg Laurie

Many women of the Bible offer examples of what priorities we should have as Christian women today.

Here are five matriarchs who model God’s will for our lives.

Hannah, a Woman of Prayer: Hannah poured out her heart before the Lord in faithful and earnest prayer (see 1 Samuel 1–2).

Esther, a Woman of Courage: Esther showed courage as she willingly risked her life for her people (see the Book of Esther).

Elizabeth, a Woman of Faith: She believed that nothing is impossible with God (see Luke 1).

The Samaritan, a Woman of God’s Word: This woman accepted God’s Living Water and shared it with others (see John 4:1–42).

Take some time and read about these amazing women of the Bible. Allow their examples to better encourage you in aligning your priorities with His Word as He leads!

On next week’s radio program, Pastor Greg will answer a listener’s question about heavenly reunions, and his heartfelt answer is worth the listen. We wanted to share it with you early as a close friend of the ministry.

Thanks for being a Harvest Partner and sharing the hope of heaven with the world.

Getting lost in the hustle and bustle of Christmas is something every Christian does. Rushing from mall to mall and sale to sale can trip you up. It can even cause you to lose sight of the reason you celebrate Christmas: the birth of Jesus Christ—our Savior!

Because Jesus can become God’s only forgotten Son, instead of God’s only begotten Son, here are seven tips on how not to lose sight of Jesus this Christmas.

Keep the message of Christmas near to you by placing this card in your back pocket, wallet, or purse.

As the Scripture says, “Let us reason together . . .” (Isaiah 1:18 NKJV). And with Thanksgiving right around the corner, why not make it a priority to discuss your thankfulness?

Here are five ways to set up your own Thankfulness Time:

Let us know if you take us up on this challenge. We would love to hear from you about how you used this resource this Thanksgiving.

Happy Thanksgiving to you!

Invites were sent out to Harvest Partners for special seating for Friday night at the SoCal Harvest. Usually partners that live locally will respond and come if they can, but when DiAnn Diefenderfer got her invite, she made arrangements to fly out from Olathe, Kansas, and bring her two sisters. She and her sisters were greatly encouraged at the crusade—so much so, that DiAnn is planning to fly out again next summer for the SoCal Harvest 2015! 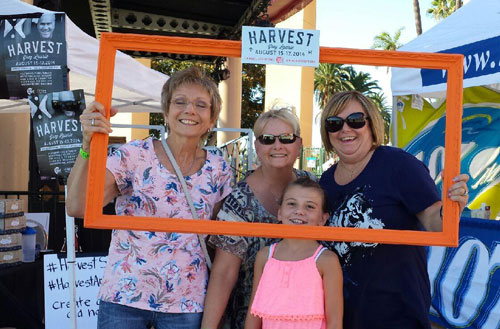 DiAnn has been supporting the ministry of Pastor Greg for over 18 years and became a Harvest Partner two years ago. She also has the distinction of being at the first Harvest Crusade in 1990 and attending each year until she moved back to Kansas to be closer to her children.

It was back in the ’70s that DiAnn first heard Greg teaching occasionally in the tent days of Calvary Chapel Costa Mesa. She later attended the many years of Greg’s Monday night Bible studies in Costa Mesa. Today, living in Kansas, she watches Greg on TV.

It was two years ago that DiAnn lost her husband to cancer and Greg’s teaching became even more personal and impacting as she was ministered to through Hope for Hurting Hearts DVD, CDs, and book. She is involved in a widow’s ministry at her church and is able to comfort others with the same comfort that ministered to her.

“The Harvest Partner program supports the work of sharing the gospel with the lost and strengthening believers, especially in the darkest times in their lives,” shares DiAnn when asked why she is a Harvest Partner. “Drawing close to the Lord and serving Him strengthens believers.”

“The greatest legacy we pass on as fathers is not our inheritance. It is not even our good name. It is the spiritual heritage that we give to our children, desiring them to walk in the way of the Lord.” —Greg Laurie 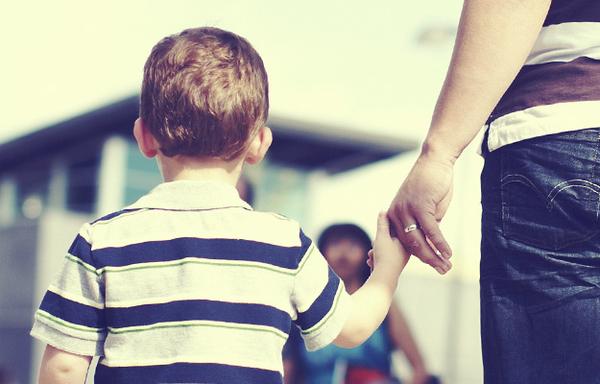 The role of dad is so vitally important to the health of the home and to our nation. Consider some of these statistics:

Fathers are important. We need dads who stay married to their wives and raise their children to follow God and be responsible—dads who are godly role models and leaders in their homes.

God has placed parents as the authorities in the life of the child. And in many ways, fathers are the representatives of God to their children. Many of the attitudes a child will develop about God will be based on their relationship with their fathers. Dads need to do everything they can to be a godly influence on their children.

“The most endangered species in America is not the Spotted Owl or the Snail Darter, but the responsible father.” –James Merritt

“Wow” is an understatement that the Harvest staff is experiencing in receiving over 500 prayer requests from Harvest Partners in the past four days!

Please know that each prayer request we receive is being prayed over by one of our staff members. It is a privilege and delight for each of us to be able to lift up to our almighty God the request you have entrusted to us!

“Prayer is not wrestling with God’s reluctance to bless us; it is laying hold on His willingness to do so.” –John Blanchard

Spending some quiet time with the Lord can be the most important part of your day. This is a time for intimate fellowship with Lord through reading His Word, worship, and prayer.

If you don’t already have a consistent daily time with the Lord, would you pray about being diligent and deliberate in setting aside a time each day for the purpose of meeting with Him in His Word? 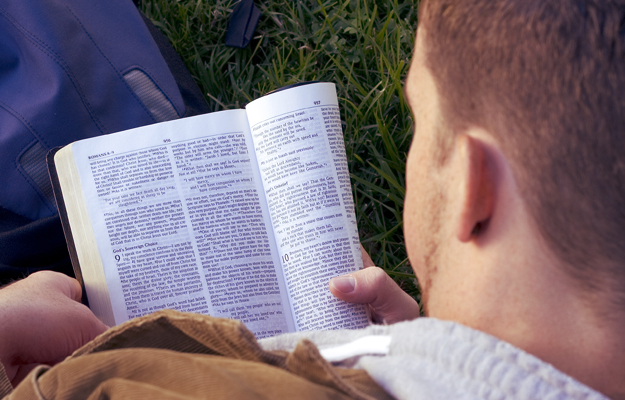 Here are three tips to help you focus and get the most out of your daily reading:

READ the passage and pray that you will hear what God wants to tell you. Don’t be afraid to go back over the section a few times for understanding (see Psalm 119:18, a great prayer verse before you begin reading).

REFLECT on what you’ve read, and pray for understanding. God might be using that day’s scripture to remind you of a truth, teach you something new, or reveal fresh insight (see Psalm 119:27).

RESPOND to what you have learned by putting it into action. Consider how you can apply what God has shown you during your day and look for ways to do it. Pray for eyes to see those opportunities and the resolve to follow through (see Psalm 119:59–60).

A special Harvest Partner version of “Through the New Testament in a Year” is available for you to download by clicking here.

Our ministry would love to hear from you about how the Lord ministers to you in your quiet time with Him. Please share with us!

Practical Strategies for a Simpler Christmas

We don’t have to let the busyness of the season rule our hearts. We can be less like Martha and more like Mary, who relaxed in the Lord’s presence. Ultimately, only one thing is essential to our Christmas celebration: Jesus!